Dipping my Toe in the Water!

The fish series continues and in it I have 3 'American' fish to draw. Here is the first: The Freshwater Wide mouth Bass.

Not a lot to say about it. However when we move to our new home (see previous post) it might be more appropriate as it is in the town of Fishguard in Pembrokeshire, West Wales.

As my father was the outcast of the family I knew nothing of my roots until a few years ago when I did the family research thing. It turns out that my family on both my mother and my father's side go back many 100s' of years ... in Pembrokeshire. The earliest I can find is Philip Simlett marrying Ann Fortune in 1705.

I had never been there until we went for a week last September. We fell in love with it and bought a house down there in the first 24 hours. The coastline is now a National Park, and voted the second best coastline in the world by the National Geographic Magazine. It is off the beaten track and seems decades behind the rest of the UK. The view from the house, straight ahead, is across the sea, and on a clear day you can see Ireland. Looking to the right gives a view of the North Wales mountains.

In preparation for the move we have tried to rationalize our library. We thought we would get rid of some of the books that were overflowing. No chance! Instead we tidied them, double stacking some and putting others on top of the bookcase. Here's a couple of views of one end of the room. 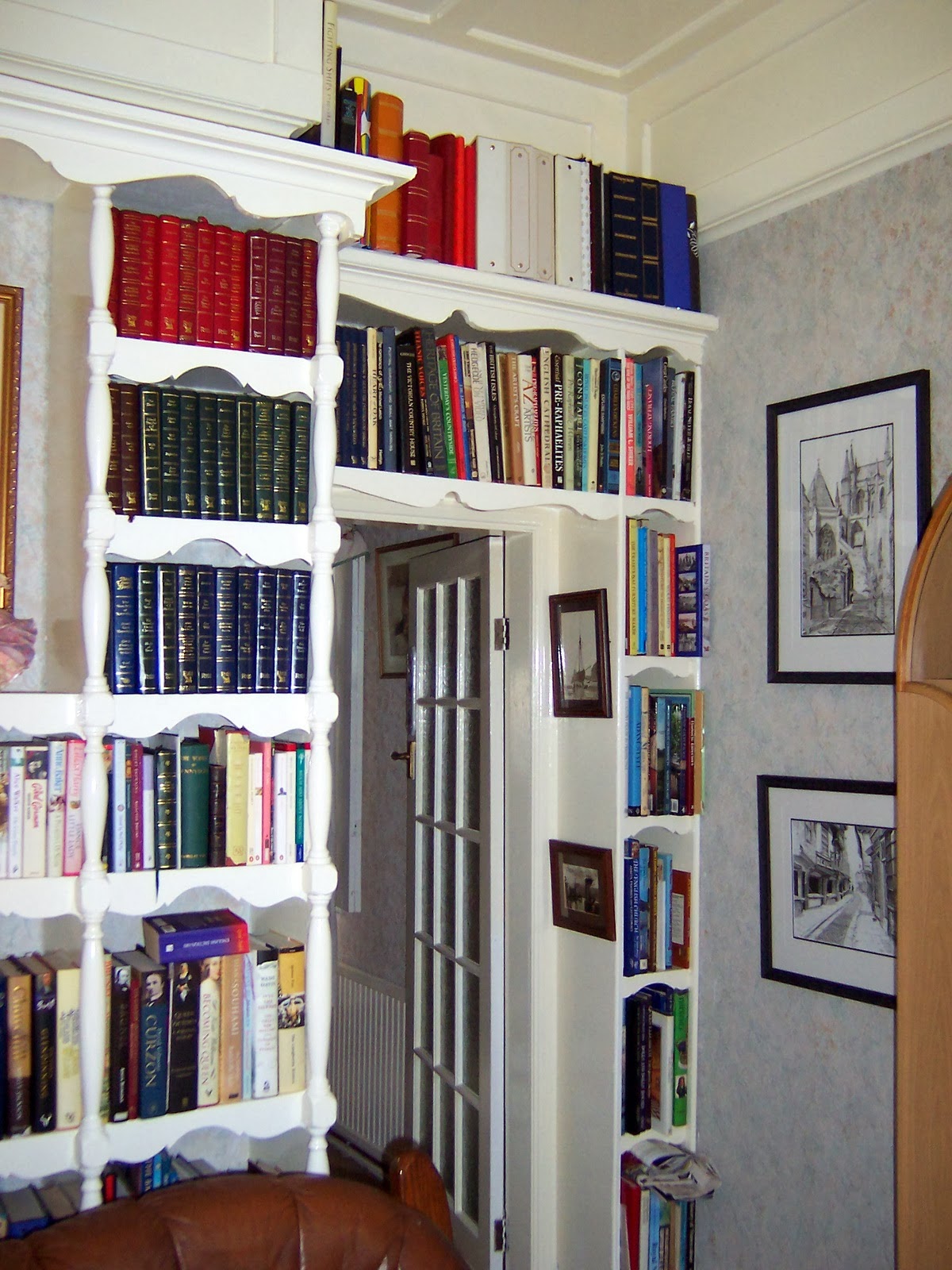 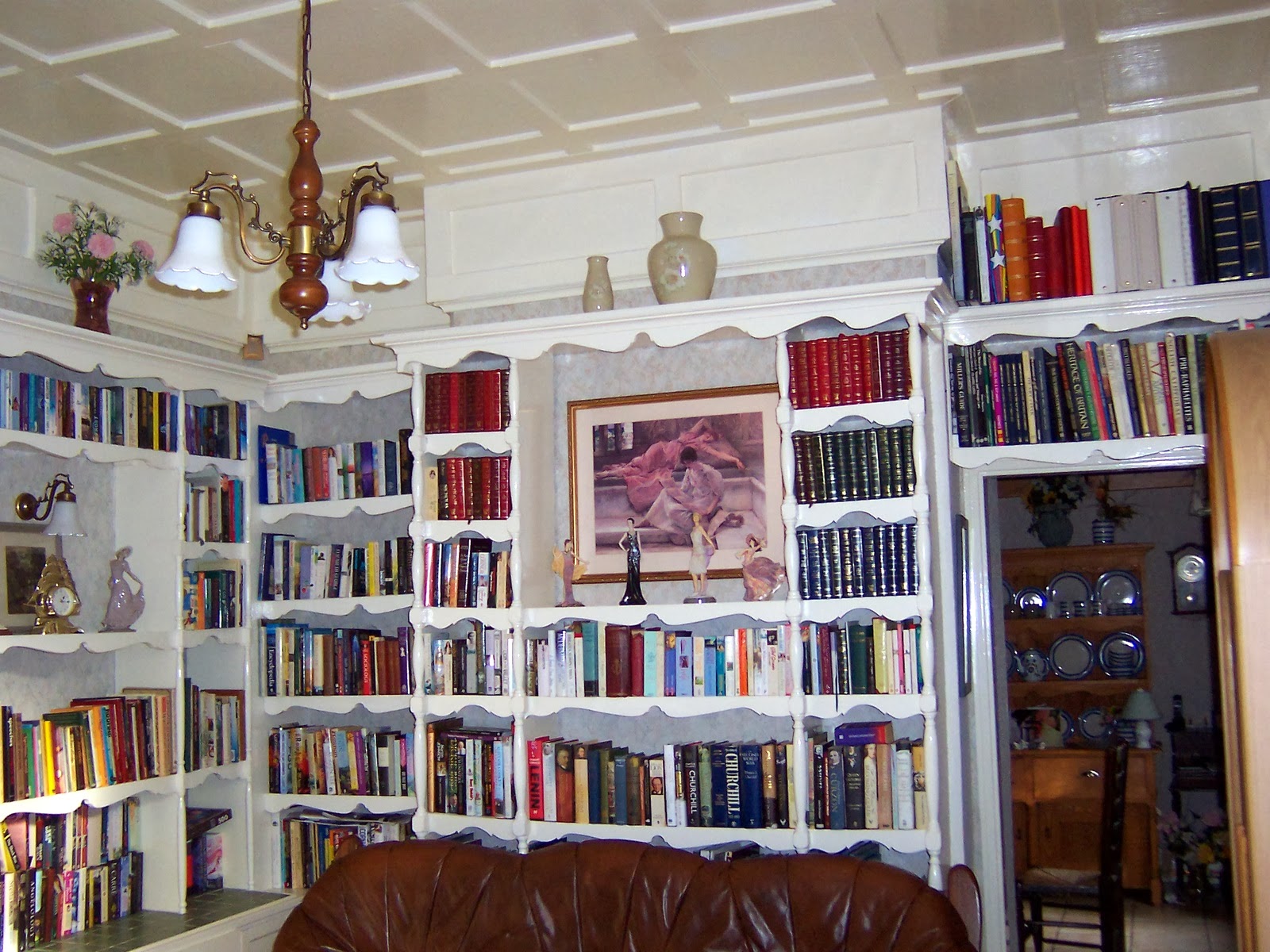 Posted by Gatepost productions at 06:33 15 comments:

Not much to say about it beyond the fact that the photography is even worse than usual. It's black on white but I guess the camera was confused with it being a Rainbow Trout in mono! ;0)

That's the European Sea-Bass, Atlantic Cod and the Trout done and three to go. Not the most exhilarating of subjects, but good drawing practise.

We are aiming to move home this year (the 24th move in married life), consequently I divide my day thus, morning to preparing the house for sale, afternoon Painting/Drawing and the evening writing. The mornings get earlier and bedtimes... later, ".... But I'm singing a Happy Song, Hippoty, Hopotty Hi ...singing a happy song!!"


Here's the view from the house we are buying - if all goes to plan!

Now back to the pen & ink fish series!
Posted by Gatepost productions at 03:53 9 comments: