Works progresses slowly on Saint David's Cathedral. It's quite a big drawing for pen and ink: 21 inches x 16 inches.

As the drawing is taped down horizontally, on my large drawing board, it is difficult to photograph so I stood on a high stool.

I thought I should post something to prove I am working. Truth is I'm being slowed down by my heart which is messing around again. 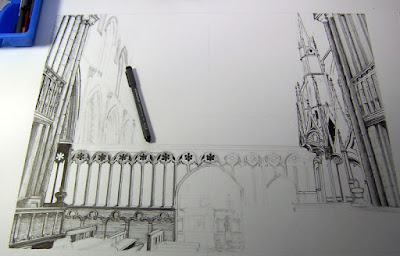 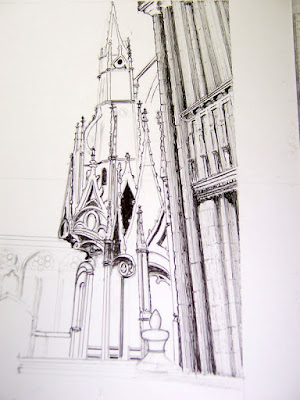 The ceiling I'm leaving to last as it is what the drawing is all about.
Posted by Gatepost productions at 12:23 20 comments:

The Royal Air Force was formed in 1918 by an amalgamation of the Royal Flying Corps and the flying squadrons of the Royal Navy.

Naval squadrons had their origins preserved by placing a 2 in front of their original number, hence No 16 Squadron Royal Navy became 216 Squadron. Always pronounced 'Two Sixteen.'

I was fortunate enough to join the squadron at a young age, in 1963. We were flying the very first military pure jet transport in the world, the Comet. Whilst we cruised at 40,000 feet and 600 miles per hour the rest of the world trundled along below. Boeing was still designing the 707. 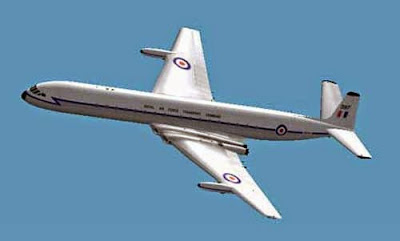 We mainly flew in the passenger role along the routes to Singapore and Hong Kong, Aden Cyprus and Australia with a regular schedule to Washington DC.

Our Other roles were Aero-medical and Casualty evacuation, where we carried two doctors three nursing sisters and a nursing team. Here we carried 12 stretcher cases and 60 sitting cases. Often from nasty places that didn't like us very much, Aden, Yemen, Iran etc.

I left the Squadron in 1967 for three years on 10 Squadron but returned in 1970 until 1975. In this period we were flew purely in the VVIP role and carried the Royal Family, Heads of States, Ministers of State and 'anybody who was somebody'. We only flew long range and we went everywhere. For example: The Queen around Africa, Princess Alexander to Brazil, Princess Margaret to Nepal, Prince Charles to Australia and Canada. We were the envy of every other Squadron in the RAF and were know, sarcastically, as 'the flying club'.

"You could always tell 216 Squadron aircrew," it was said, "they were always dressed immaculately   and would, to a man, stand when a lady entered the room."

I accumulated a little over 5000 flying hours with Two Sixteen... and last week they 'laid up the colours' in the village church at Brize Norton. The end of an era. Most of my pals from those early days have slipped the bonds of earth but would be pleased to have never seen the laying up of the Squadron Standard (the Colours) with Battle Honours embroidered on it!
RIP DONA FERENS 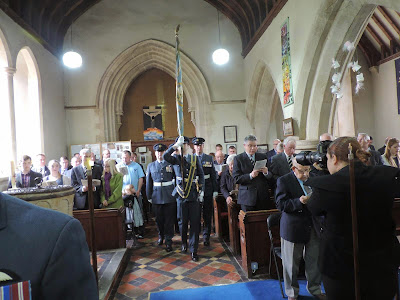 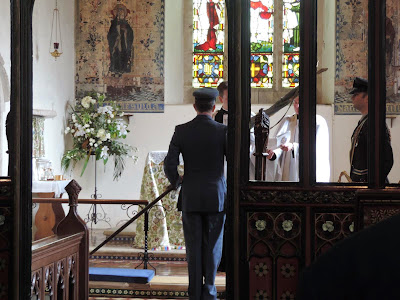 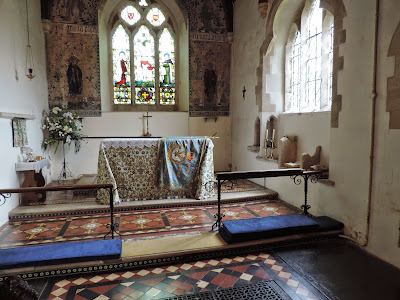 Posted by Gatepost productions at 10:48 16 comments:

I'm still going around in circles. Having designed the workshop I thought it prudent to get other things in order before starting it.

The garden (yard) needed sorting out, and then there was the matter of the four-poster bed that was almost finished (years ago). I've now completed it in American White Oak - which isn't the easiest of woods (tough) but is well worth the effort. Being a shipwright (boat-builder) influences everything I do, and so you can safely go to sea in this bed; it will withstand the Atlantic gales!!

Then there is Saint David's. St David's is the smallest city in the UK (population circa 2000). In the UK, to be classified as a city a town must satisfy a number of criteria including that it must have a cathedral.

Saint David's is about 5 miles from my home - seems a lot further when driving the narrow twisty country-lanes. 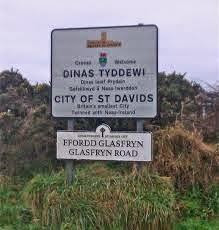 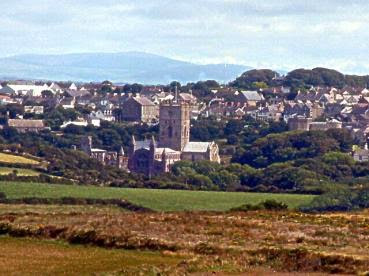 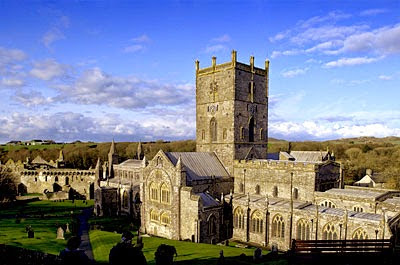 I have to tell you that it is the most remarkable building and I have no choice other than to lay down my brush and paint and revert to pen & ink to draw this scene: 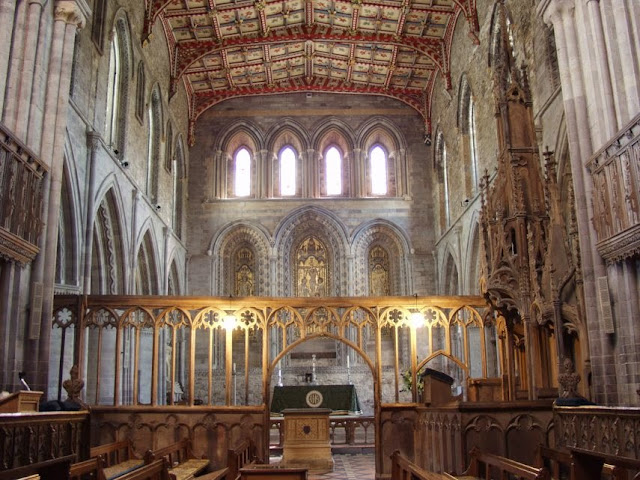 For those interested, here is the four poster awaiting the drapes and pelmets. 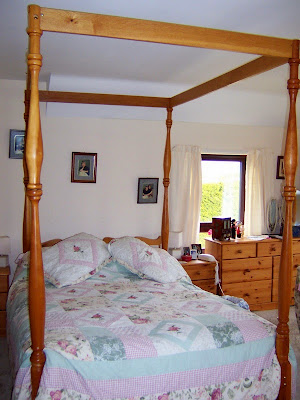 Posted by Gatepost productions at 02:08 19 comments: