Buzkashi (literally "goat dragging" in Persian) or kokpar is the Central Asian sport in which horse-mounted players attempt to drag a goat or calf carcass toward a goal. It is the national sport of Afghanistan, although it was banned under the Taliban regime.

This is my first attempt at animals. It might not cut it as a painting but I think it is start upon which I can build. I wanted action with lots of dust and movement and nearly got lost in the crazy 'stampede.'

I've put two pictures to show the discrepancy with the photos. 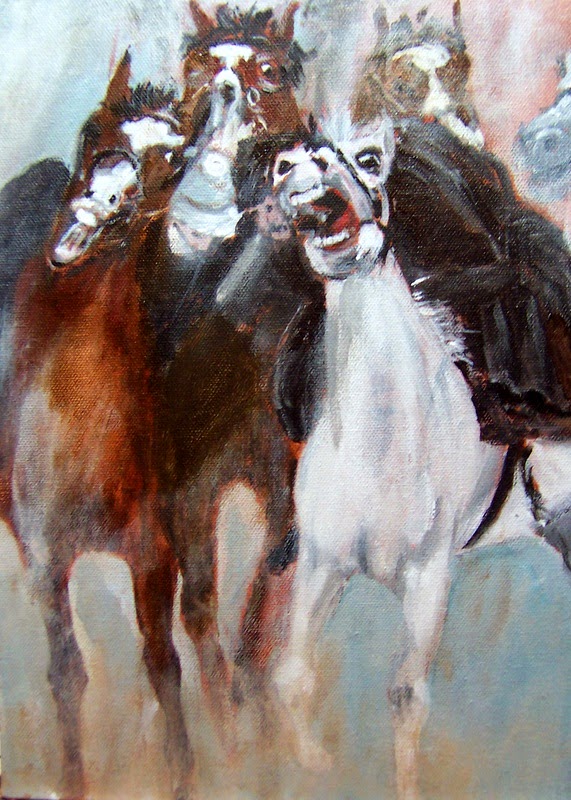 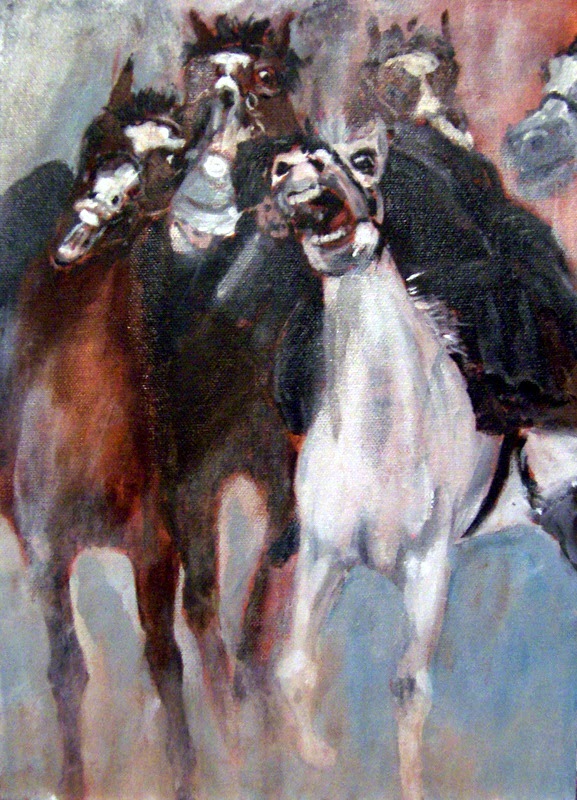 Posted by Gatepost productions at 12:25 23 comments:

Just thought I would pop in a photograph that I found on the internet of our new home, taken in the summer months. I say new, although suddenly we've been here 5 months. 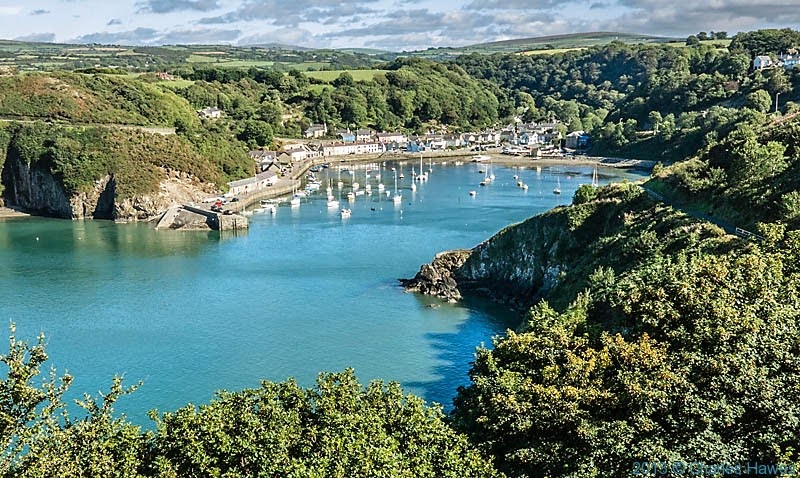 We are up there in the top right hand corner(ish) ... you can see why the house is named 'Highview.'

I put the photograph in as I have no painting at the moment, but I am researching a new series which is going to involve horses and people... but not in their normal environment, a bit on the wild-side. I have never painted animals before and, as is my want, I'm making the task ridiculously difficult for myself.

Spring is coming!
Posted by Gatepost productions at 02:18 21 comments:

After all the build-up in the last post, I'm really disappointed with this one. It really was a struggle which I never really won... however ... onwards and upwards.

On the positive side: I had never painted hands before and this gave me the chance to experiment.

With many thanks to Trey Ratcliff (http://www.stuckincustoms.com/trey-ratcliff/) for his kind permission to use his photograph as a reference
Posted by Gatepost productions at 02:06 23 comments:

Before I go too far allow me to introduce Trey Ratcliff and his Travel Blog, Stuck In Customs.
Trey was born in New Zealand but is truly cosmopolitan, and, with a following of 8 million, has the leading Travel Photography blog in the world.

Trey visited Chefchaouen, a mountain town in Morocco where everything is painted blue. Whilst he was there he took a photograph of this Berber Man, who's image fascinated me.

I asked Trey if I could use the image as a reference photograph and, despite being really busy, as quick as a flash, he said yes I could, "... no problem."

Trey wrote about the man, who spoke perfect English ... here is the flavour of the conversation:


"We ended up talking about a bunch of different things. I even bought an old used knife from him, and he showed me how to stick the curved end of it into a camel's hump to get water in an emergency. There's another part of the knife you use to seal up the little puncture wound. Then we talked about meditation, the sealing of the four cardinal spiritual doors in the night before entering the tent, different cultures around the world, and well, about a dozen other things. Anyway, it was great…" 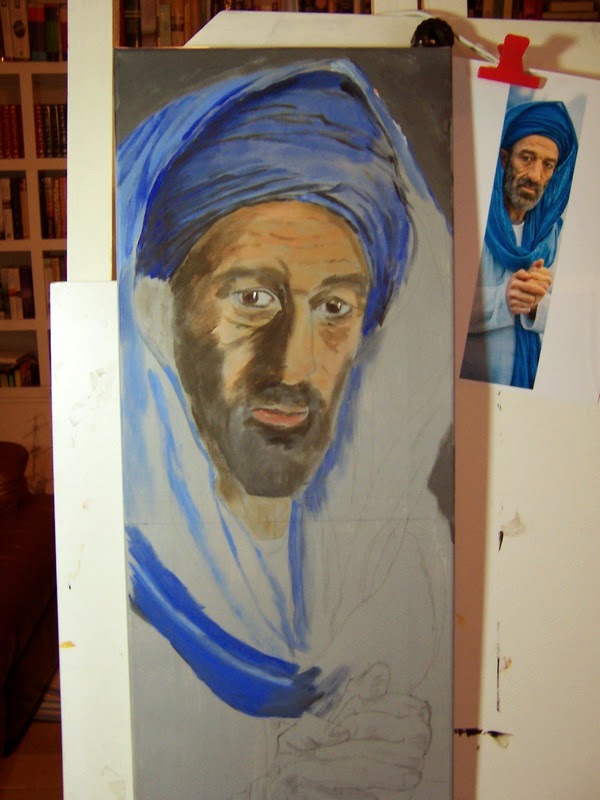 Posted by Gatepost productions at 03:31 17 comments: