Here Is The Computer Imaging of the Pictures to be Framed

I have just received the images that the Printer/Framer has scanned, Giclée, for me. These is how they will looked mounted and framed.

Talking business, and placing  Ars gratia artis to one side.

Given that I have legally set myself up as a company, I can get a further20% back on the tax

Posted by Gatepost productions at 07:55 44 comments:

I went to Sheffield with Pat today, to see the new Printer/Framers. We had never been there before and they took some finding. The shop front looked great but the inside was better, it was strictly 'Layman hostile' but Artist friendly. No smoked glass, chrome and thick carpets but more workshop. They had kept all their investment for the equipment ...totally impressive. They talked the talk, no smart sales staff.

They've kept all my 'stuff' and I'm having a lot of work from them: Some total framing ...some scanned/printed/ mounted/ backed & bagged (SPMBB for short).

I'm having 5 originals framed. The second I get visuals I'll let you have a look.


As I have no drawings to show ... I'll treat you to my three eldest granddaughters. 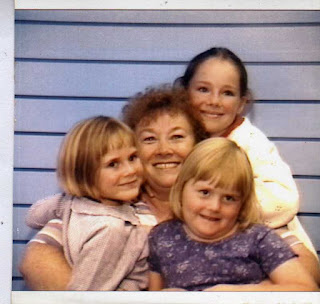 Here they are with Pat (1994/5). Left to Right: Lauren, Pat, Giselle and Jade.  Lauren and Jade are my eldest son's daughters; Giselle is my daughter's ...and Giselle is also my best friend!


Jade and Giselle were a bit manic, Lauren more serious. 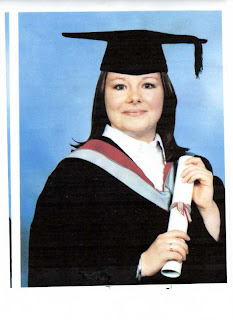 Jade graduated and had her master's by the age of 22 - a Forensic Psychologist and University Supervisor of post grads at 27. Lauren graduated from Cambridge, in Law.


The Writer - Giselle BA(Hons) We have started a second degree together (groan).

Giselle and I are very serious about our working together ...and are NOT! ... as nutty as fruit-cakes! 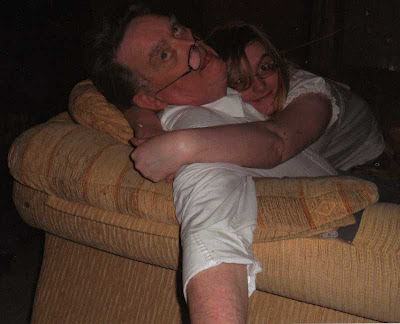 Posted by Gatepost productions at 12:28 14 comments:

The wanderer returns and Hollyrood Palace and James Tytler

I haven't posted for ages, and I apologise for not responding to many of your posts,  but a few things came up that prevented me doing so.

Firstly, Pat was in hospital for a while, but she's home now and almost fully fit once more. Secondly, as some of you may know,  I'm heavily involved with my granddaughter, Giselle.  I had to teach her at home for a few years when she had health issues, at 14. It got beyond teaching and we jointly wrote plays (and did high-fives when we saw them performed on stage). This year she completed her university degree - BA(Honours) Creative Writing. Her first novel - still a manuscript - is raising a great deal of interest ... watch out for her in the near future. She wants a second degree, English,and wanted me to do it with her for fun (!!!!), we are well into it but some of the assignments are taking a lot of time.

It was also her 21st  birthday, so we went to London and saw the stage show, "Shrek" at the Theatre Royal (the oldest playhouse in the world - Nell Gwyn et. al. ). We also saw "Phantom of the Opera".

Hollyrood Palace is situated in Edinburgh, Scotland. It is the official residence of the Queen when she is in Scotland.

It was once an Abbey and as such still offered sanctuary in the 19th Century. It was here that James Tytler took refuge from his creditors (think of him as if he were a Charles Dickens like character.) I'm slowly doing a self-illustrated biography of him as he was the first British person to fly. 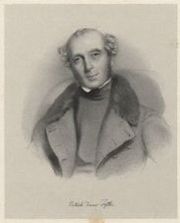 Tytler could snatch failure out of jaws of success. He built his hot air balloon from a big purpose-made basket covered in tarred-canvas, below which was suspended a platform for him and the boiler. The crowds and the press gathered for the launch, but, as the day wore on they drifted away bored, for, try as he might,  the boiler failed to generate enough heat to raise the balloon. Finally, in anger, he kicked the cast iron boiler and it fell off the platform, whereupon he and the balloon shot a hundred feet into the air and drifted away. The success was reported by the one reporter who had remained behind. Alas, success was reported as failure as he landed in the sewage pools outside Edinburgh - he became the laughing stock!

I could fill a book about him - and am. Finally he fled to America where he became the editor of a newspaper in Salem, Massachusetts. One night returning home after work, drunk - as usual, he fell into a pond and drowned. After his death all his projects that had failed, bore fruit and made fortunes for other people.

So why do I mention Tytler here? Well, he wrote a long ode to Vincento Lunardi a Neapolitan who flew from London weeks before Tytler (he is the antithesis of Tytler and is the other half of my biography). In his, "Ode to Lunardi," Tytler begins: All my Projects Flutter in the Air. Which, my friends, just about sums up where I am at the moment ... hopefully I won't land in the Mire ... and hope to continue with another York scene next week.

Posted by Gatepost productions at 02:21 32 comments:


The present Minster stands on the site previously occupied by the Roman praetorium (encampment). It was here in AD306 that Constantine the Great was proclaimed emperor. The Romans fortified the place - a walled city.


There have been other churches on this site. The first was wooden one constructed for the baptism of  Edwin, King of Northumbria, in 627. The present day Minster was completed in 1472 and it is a wonder that it still survives for between 1829 and 1984 it suffered 3 fires. The first was caused deliberately , the second by careless workmen and the third by lightening.


At the Eastern end of the cathedral (not visible on my picture) is the great east window: the largest surviving expanse of medieval glass in the world. Just outside this window is Saint William's College, built 1465, where Pat has got my pictures on show for a few days in November! The College is haunted by the ghost of a 17th century murderer - but I'm sure Pat will try to sell him a picture.


In the right foreground is the tall memorial (1905) to soldiers who died in the Boer War.


The picture has been quite a challenge which I shall miss. How do you follow a building like this?

Posted by Gatepost productions at 05:51 47 comments: