Although technically it isn't the best portrait in the world, I'm really happy that I've captured the real Giselle in this painting.

There's a certain amount of unfortunate camera-glare which lightens the whole thing.

Trying to get a photograph of her is difficult, because she usually pokes her tongue out at the last moment; you can see were here son (Topgun) gets it from See him here

Posted by Gatepost productions at 07:47 4 comments:

I decided to paint Giselle in Acrylics, it allows me to slap on paint without worrying: with oils I'm still finding my way and am more considered in the work.


I'm almost tempted to leave it here - it shows her as she is: totally in control yet a wild and free spirit with an outrageous sense of humour
Posted by Gatepost productions at 01:30 9 comments:

I shall be painting my #3 granddaughter next: Giselle, author, mother of 'Topgun' (Logan) and Billy (Koby). She's also my best friend in the world. I used to call her Jimmy, then she grew up into a girl and stopped sawing wood. 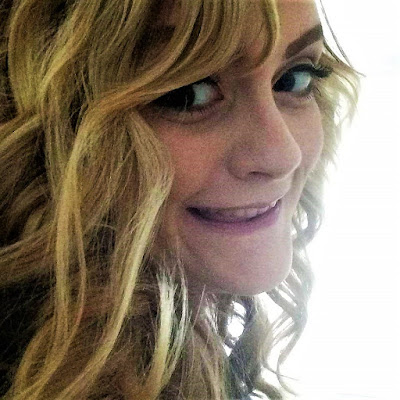 I shall use Golden acrylics to form a Zorn Palette 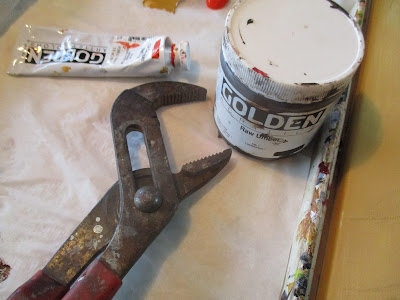 I can't get on with my boat building because of the weather. An Atlantic storm with a North Easterly, which also kept the ferry from Ireland from docking here - It had to steam to sheltered waters up the coast. 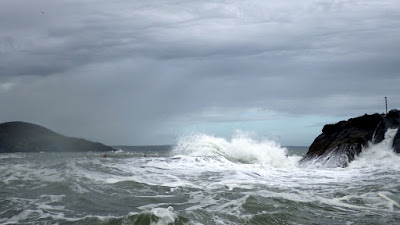 Posted by Gatepost productions at 06:21 4 comments:

On Crossing The Bar

Twilight and evening bell,
And after that the dark!
And may there be no sadness of farewell,
When I embark;

For though from out our bourne of Time and Place
The flood may bear me far,
I hope to see my Pilot face to face
When I have crossed the bar.
(Tennyson)

Pat and I will not be able to attend the Remembrance Day Service this year ... it's too far and we are too old. Nevertheless, to commemorate those that gave their lives in World Wars I & II,  and those that sacrificed their lives since, in order that we can live in a free world. I republish the comments I made over the years ... including those to my little brother, who I once taught to walk and talk.

We spent Remembrance Sunday at a Pig Farm in the wilds of North East Yorkshire. Here my Squadron flew Halifax bombers in World War 2, when the farm was RAF Station Melbourne.

The average age of the aircrew then was 22, and over the 3 years they were here, one out of every three crews were killed.

Because World War 2 started for Britain in 1939, many other nationalities, such as Americans, Australians, Canadian (a lot of these) volunteered to join the RAF, and many ended up on 10 Squadron. So we were remembering them too, as part of our special 'family'.

10 Squadron is always known as 'Shiny Ten' and this is reflected in the memorial. 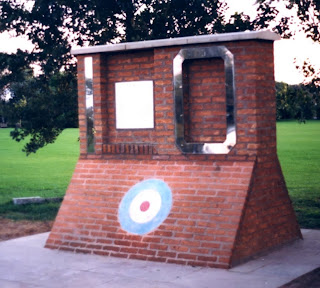 We turned up at 10 in the morning, last Sunday. The oldest were 92 and the youngest 6 months. We paraded our Association Standard (our colours). Here the escort were Tom and Doug, both 92 and from the same Halifax Bomber crew. Doug, nearest the camera, was the pilot (DSO, DFC & bar) 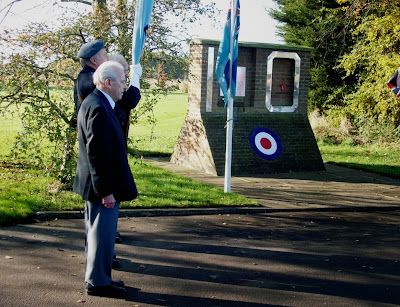 Number 10 Squadron is still operating, and currently flying  the new 'Voyager' Airbus down South in Oxfordshire, mainly flying to Afghanistan these days. They sent a detachment together with the Commanding Officer and the Squadron Colour Party 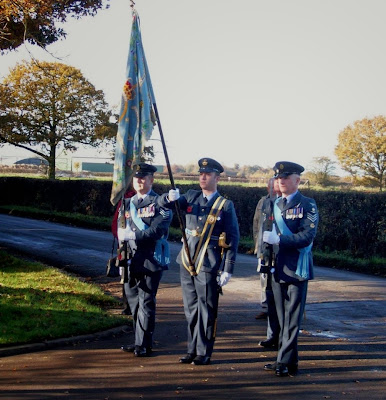 We gathered around the Memorial and Remembered our fallen Brothers-in-Arms. 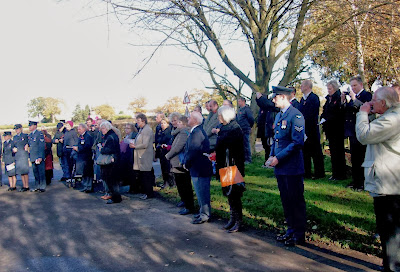 There was no aircraft available for a Fly-Past, but last year they flew over a VC10 on which I have over 5000 flying hours 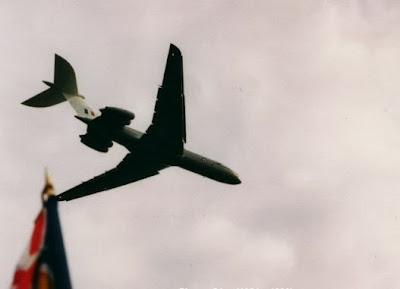 We then went to the pub that the War Time Crews used - The Plough in the village of Allerthorpe. It is stuffed full of the wartime memorabilia of 10 Squadron.

The years rolled back and soon we were ALL there and had a ball. We ended with the Loyal Toast, and took a few moments to say goodbye to our 'mates' and they went back to their rest and we went back home.


I took a moment to toast my 'baby' brother Colin, who died a year ago almost to the day. He would have been of great use in the Philippines at the moment, hanging from the helicopter and saving them from the sea - the job he did for over 25 years in the Royal Navy. 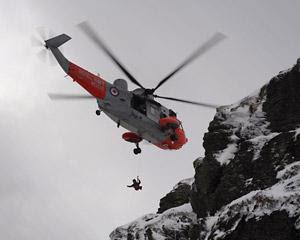 My little brother, Colin, spent a lot of his life, risking his life, to save other people's lives. A Royal Navy Helicopter Crewman who hung from that cable in the worse  possible conditions and rescued countless people in despair..

We both did the opposite.

They once landed in the field behind my house. First we knew was a knock on the back door. There was Colin in all his flying gear, Helmet with visor down, Immersion suit, Life Jacket etc... "Excuse me, we've lost our map, could you give us instructions on how to get to..." Great sense of humour.

Cheers Colin, Happy Landings Mate... leave a drop of Scotch for the others ...

Posted by Gatepost productions at 11:54 10 comments: