It Nearly All Went up In Smoke!

I nearly called this one Lazarus, as it almost died on me and took a lot of resuscitation. The smoke and steam went from bad to worse. I have never painted clouds, let alone steam before and, being me, I don't do test pieces... life's too short.

I tried so hard but it looked like soup. I got to the point when I had nothing to lose, and let the brush take over and do the painting instead of me.

The painting is far from perfect and missed my expectations by miles, nevertheless, the mixture of pen & ink on canvas with paint seems to be an avenue worth pursuing.

Quite a big painting then, by my standards. It doesn't do justice to Josh Friedman's photograph, for which I apologise.

Posted by Gatepost productions at 09:49 23 comments:

Posted by Gatepost productions at 11:13 7 comments:

I stumbled into my new project when I was browsing my old friend, Zephyrinus (Link >>>Zephyrinus's <<< blog)  and saw a photograph of a vintage railway (railroad) engine.

Now I'm not a particular fan of old trains, but this photograph grasped my muse and demanded attention. 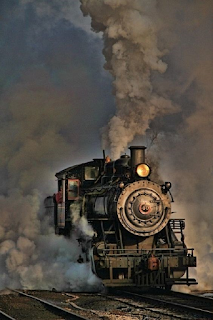 I really wanted to 'paint' this scene, and but I wouldn't have done so without the permission of the photographer. Through the good offices of Zephyrinus I was able to contact Josh Friedman, a New York photographer, and Josh gave me permission; thanks Josh you're very kind ... and thanks Mr Z!! Now Josh's site is really well worth a visit and here is the link

My next problem was how to do justice to Josh's work. Those that know me will tell you that I'm fundamentally, a Pen & Ink artist who paints. To draw the locomotive seemed the only way to bring out all the detail that makes up the old-gal. Also I needed to draw it very large.

I thought about it for a few days and I invented drawing on canvas direct with the pen... I have found out since that countless other people invented this system before me. Nevertheless, I invented it as well as I had never seen or heard of the system before.

The canvas is not a smooth canvas, I've chosen a medium cotton canvas which gives the drawing a unique texture. Considering that the photograph is 6 inches x 4 inches, the canvas is quite large at 31.5 x 23.5 inches. It needs to be as I am scaling the drawing up to five times larger than the photograph. The size is really important to what I'm trying to do - unfortunately on here it looks much the same size as the photograph. However, when it's finished I'll get it photographed with me ... then you will get the feel for it's size.

Posted by Gatepost productions at 13:28 13 comments:

I didn't do much artistic work in 2016. However, I did manage to produce another painting of the Angolan Woman, in January. A much smaller version though, 14" x 10". 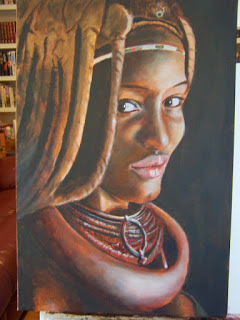 But then I started building my boat, Seagull, a 15 foot Maine Lobster Boat in Cedar and Douglas Fir and that took most of my time. 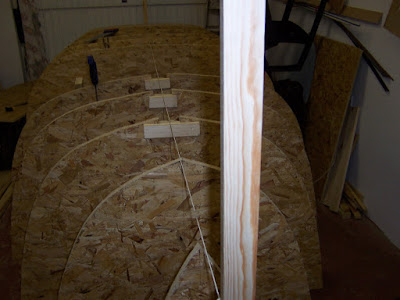 The very large pen & ink drawing of Saint David's Cathedral was started but has still not got finished (yet). 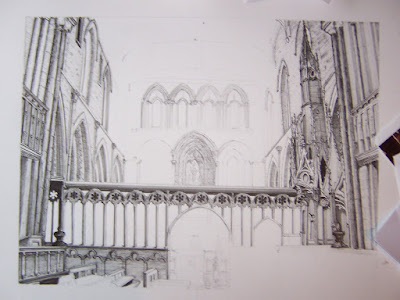 Then the boat-build was interrupted whilst we decided to drive across Europe to Austria, where we had a great time. 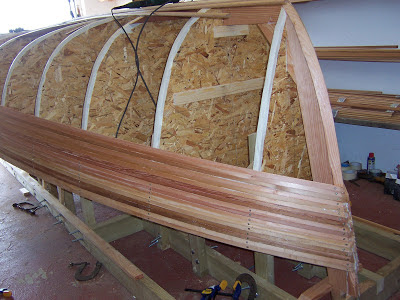 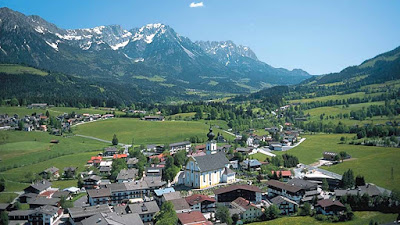 Then it was back home and on with the build. 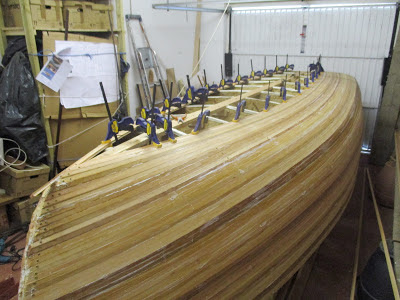 I took the chance to paint my nephew-in-law's late father. All I had was the one awful photograph, but I did the best I could. 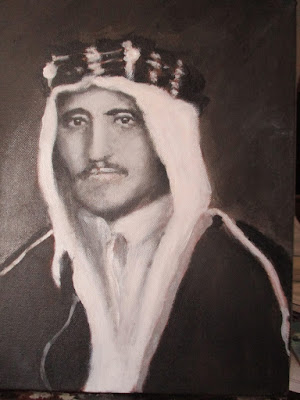 Only my kids and grand kids could have formed partnerships with, an Algerian, an American, an Australian and a Japanese! Not to mention one English (we are Welsh/British not English/British :)   )

I couldn't resist painting this Afghan 'priest' who lives in poverty in the mountains. (a touch of Davy Crochett about him) 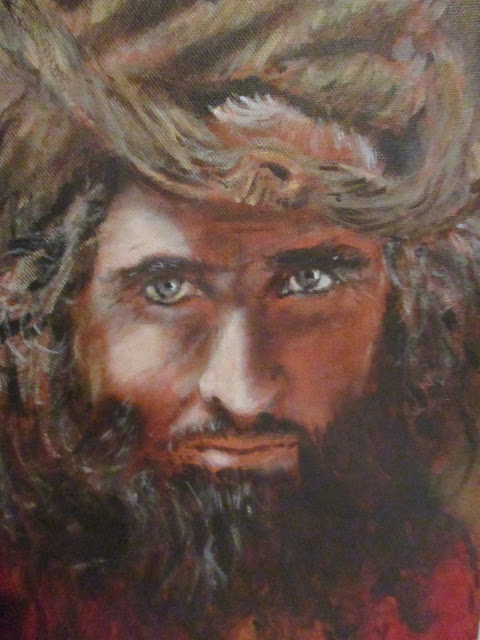 With a run of bad weather keeping me from the boat 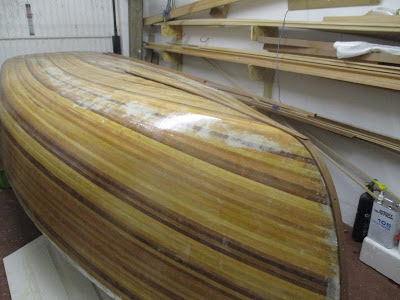 I resorted to painting  Imogene and Grace 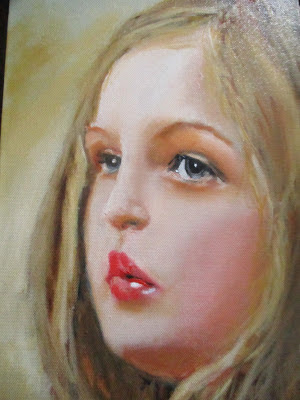 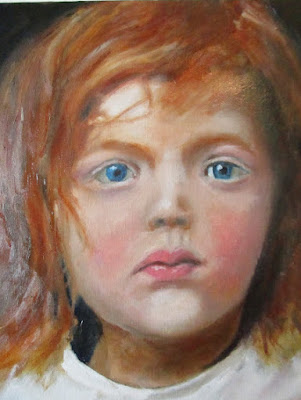 Having got back into the flow of things, I painted my great-grandchildren (my grandchildren's children).  First there was Daisy, and then my little Australian, Topgun (Logan) 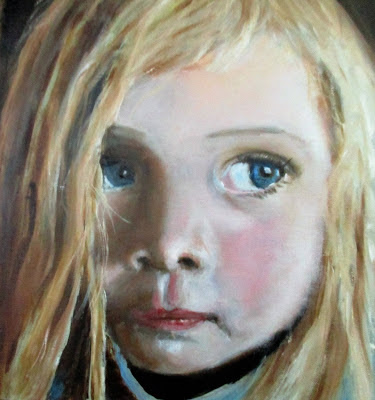 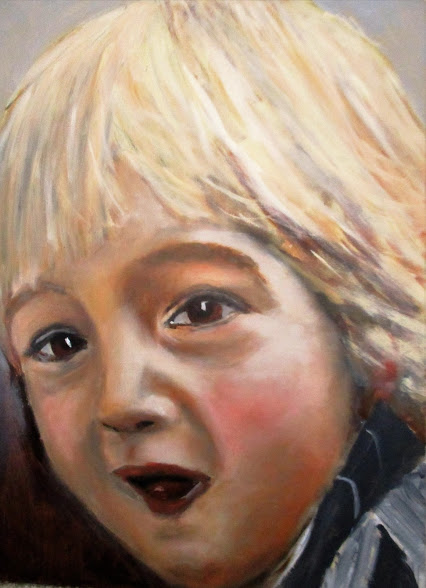 I then painted my best friend, Giselle - who is Logan and Koby's Mum. 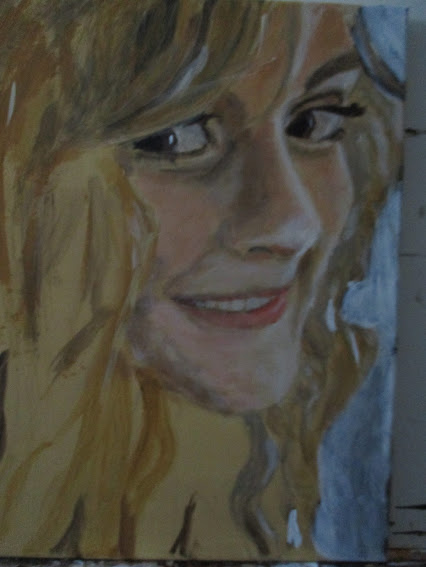 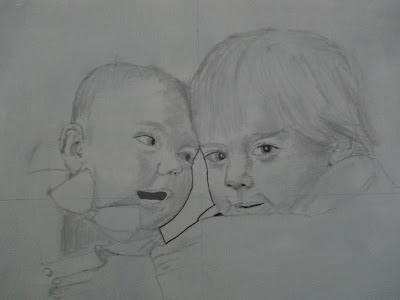 I'm not an excessively PC type of person, but I don't send Christmas Cards to non-Christians. Not because it would offend them but because it seems inappropriate. By the same virtue, Muslim and Jews in my family don't send me Ramadan or Bar Mitzvah cards.

My way around all situations is to get my own cards printed and write in the appropriate message and/or greeting.

This year I've used my pen and ink drawing of the North Portal of Cologne Cathedral for the card, which is a risk as it has to be reduced from an original that I drew of 20 inches high and 11 wide.

I was quite pleased with it the product, including the logo on the back. 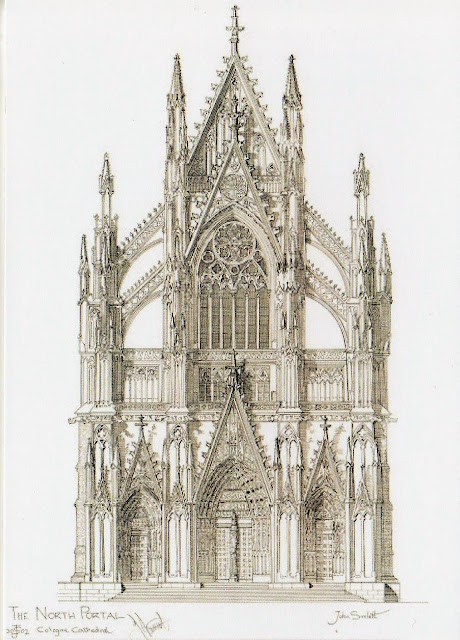 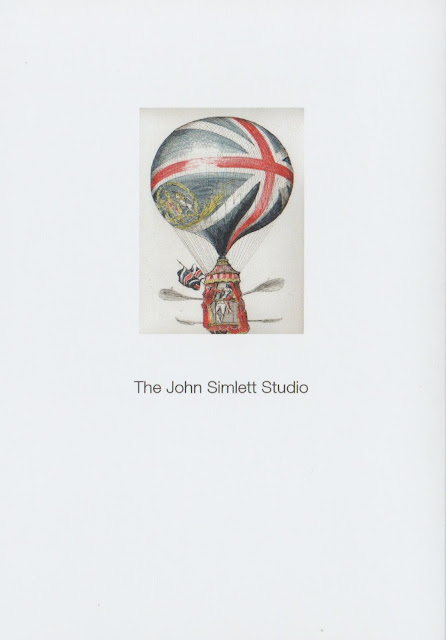 My logo comes from my original Pen & Ink drawing of Vincento Lunardi who was the first person to fly in England (not in Britain, as James Tyler beat him by a couple of weeks when he flew in Scotland).

One of my long term hobbies is the protracted writing of the biography of Vincento Lunardi and James Tytler (which I doubt if I will ever finish, but love doing).

I 'got into' these two champions of flight when I was commissioned to design a set of Philatelic First Day Covers for the 1984 bicentenary of Flight in the UK. 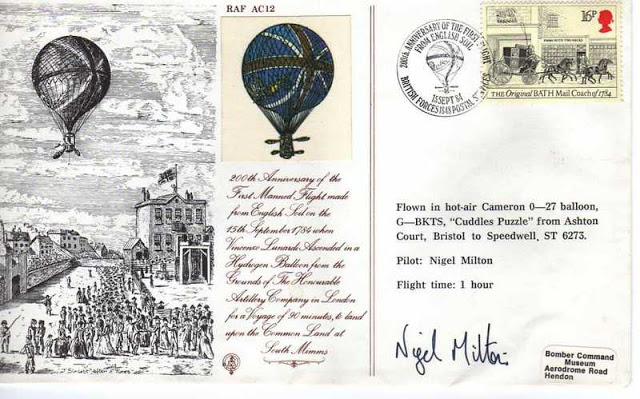 Which was the only time my artwork was reproduced on silk 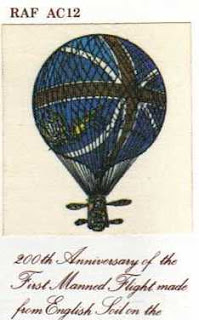 Posted by Gatepost productions at 08:21 6 comments: