Alas ... if it had been left to me, America would have been settled a few weeks later! I got the mizzen (rear) mast totally wrong!! The problem with pen & ink is it is unforgiving... the drawing is ruined!

I'm not going to bore you with technical details, but interpreting the plans of the Susan Constant is not easy. There are mistakes in them. For example it mentions 1/46 in many places and it should be 1/96. The difficulty is increased by the variety of scales used  (1/48, 1/96, 1/192 etc), and lack of detail ... but having said all that, this is what makes the project more interesting and challenging, and keeps most people from attempting it.

So it's back to the drawing board and start again after I post this.

To put some flesh on the bones of the project, here are the photograph my daughter and Carl took of the Susan Constant replica in Jamestown, VA. 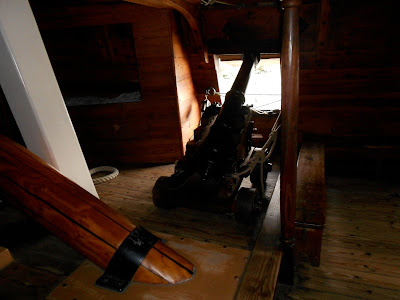 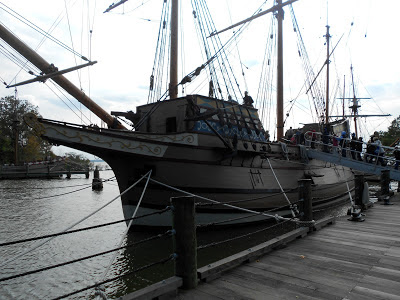 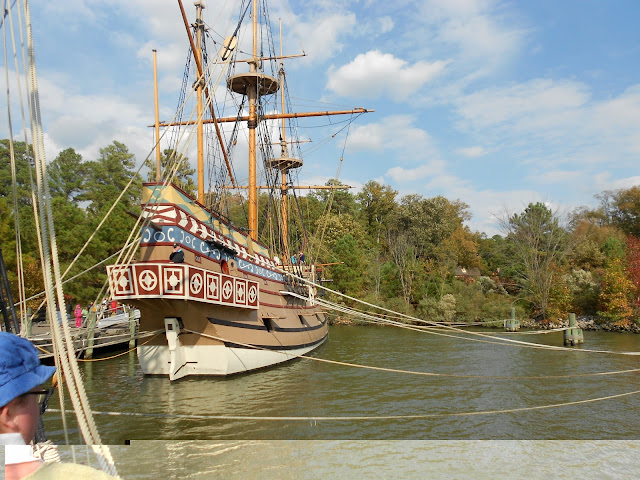 For those interested, here is the passenger and crew lists of 1607:

Mariners and Others Known to Have Been With the Expedition that Established Jamestown on May 15, 1607

Posted by Gatepost productions at 07:15