I'm just not getting enough time to 'do' this blog, because I am really on a roll. I will just bring you up to speed as to where I am.

I saw a photo taken, I'm fairly sure, by Chuck Black, the American painter I so admire, and just had to paint it: 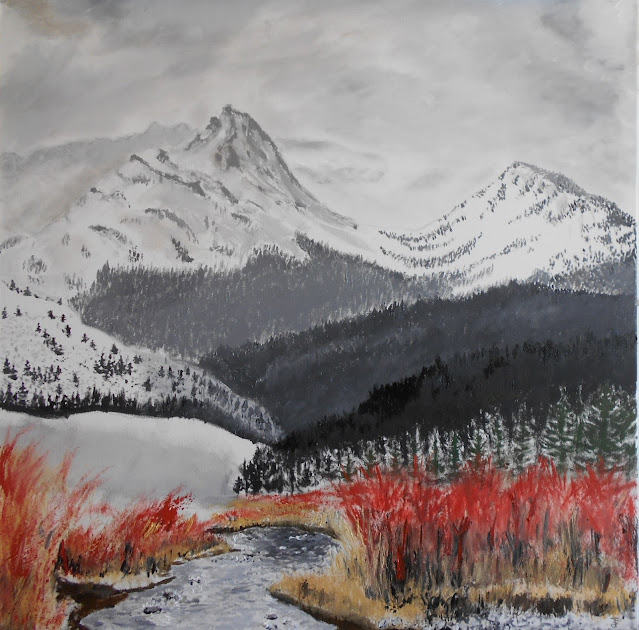 Then I fell under the influence of Tobias Brenner, the German painter I also admire, and I painted:

An Afterlife on an Ocean Wave 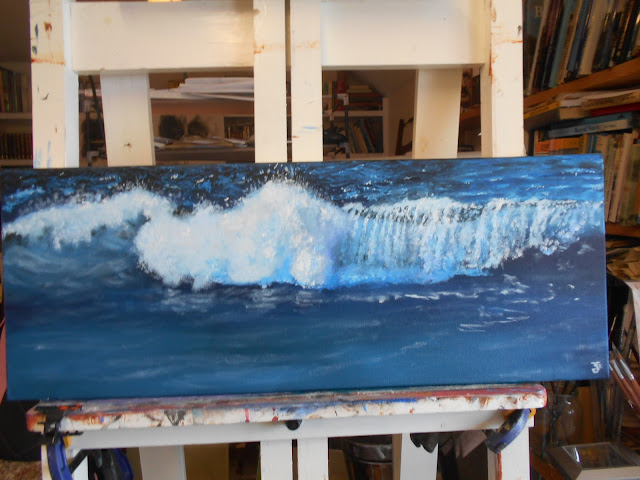 Then I fell under the influence of my eldest Australian Great-grandson, 'Topgun' (Logan) who wanted a painting of 'Among us red'????? After research, he got this: 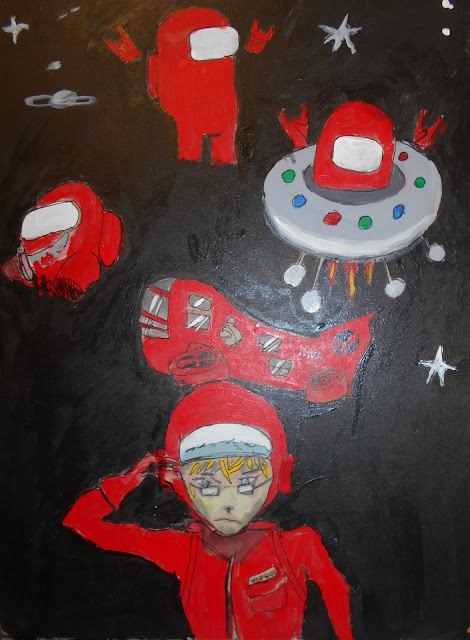 Next I saw a photograph of the 'Porthcawl Wave' by Nigel Waters, which I didn't copy but it gave me a steer. 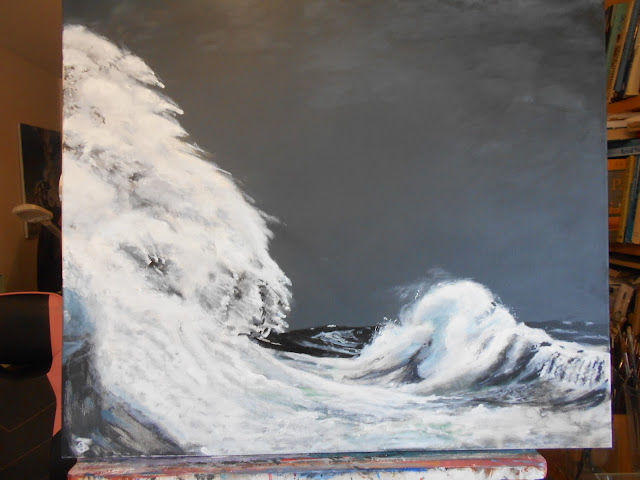 So that's five paintings in four weeks ... plus ... I was invited to exhibit in London next February!! I was flattered at the invite but turned it down as, at 84, I don't feel like shipping paintings and going to London at this stage in my career.
Posted by Gatepost productions at 08:17